The Proumeyssac chasm is a natural cave, opened to visitors, close to the town of Audrix, in black Périgord and the Dordogne, in the Aquitaine region.

The Proumeyssac chasm was discovered in 1907 by Gabriel Galou. In the eighteenth century, there was a hole in the ground from which came a steam was thought to be smoke from a volcano.

It consists of various galleries and is called the "Crystal Cathedral". There are stalactites, stalagmites and monoliths. The peculiarity of this abyss is its petrifying fountain, which, in one year, transforms simple craft pottery shiny limestone objects marketed. Another feature is the presence of crystals triangular rare concretions in France, since only three caves on the hexagon feature. 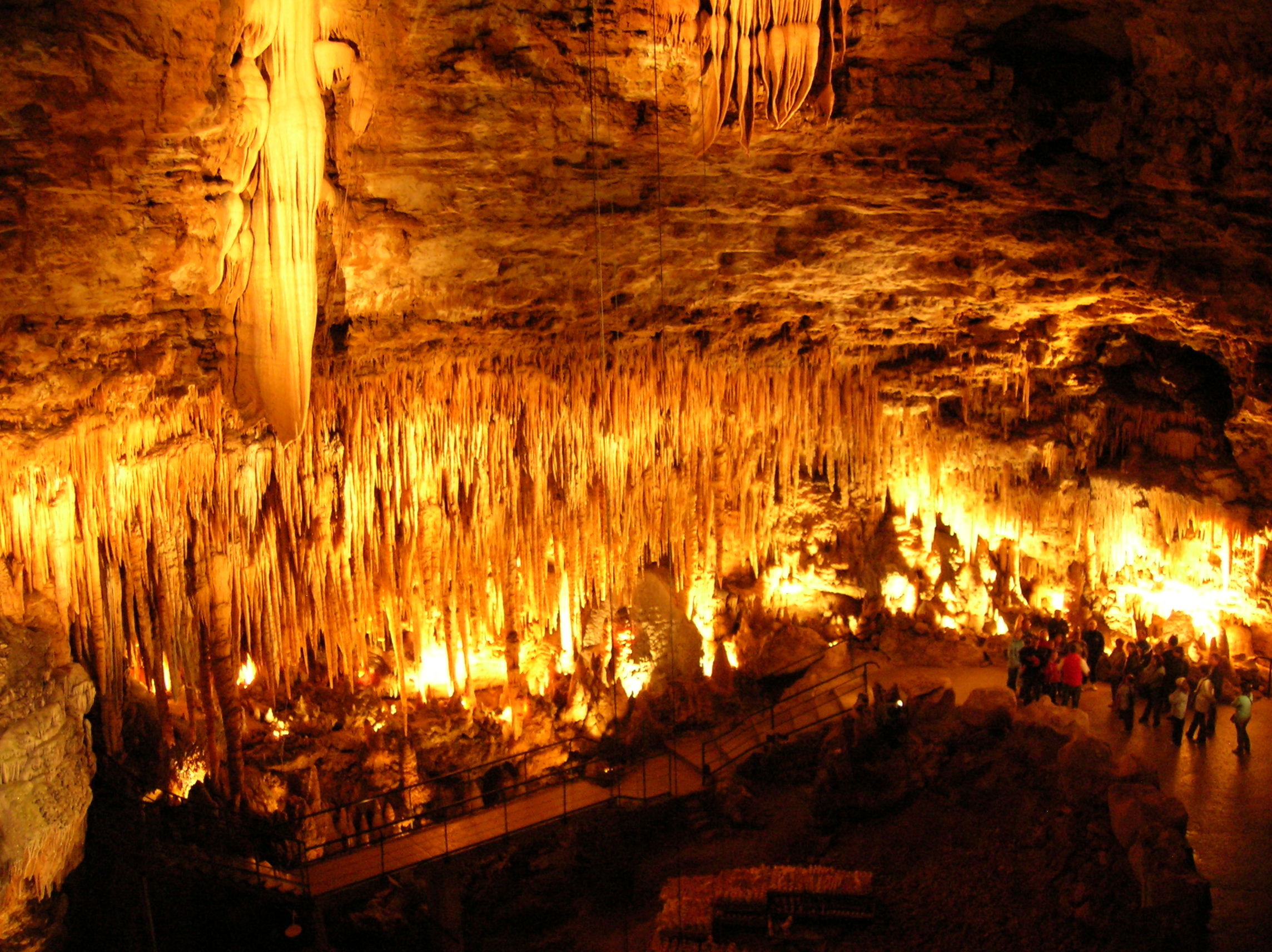